Saldana: "We must make our home a fortress"

Manchester Futsal Club first team coach Sergi Saldana has told his players to be patient but motivated going into today's against against Loughborough and to turn their home into a  fortress.

It is Manchester's first home game of the season and Saldana's side will want nothing more than to get off to a winning start in front of their home support.

The gaffer has confirmed that despite Doug Reed & Raducio King returning from India and linking up with the team, they unfortunately picked up injuries and will miss tomorrow's game at the National Cycling Centre.

He states that his side must make it very difficult for visiting teams to play against them when playing at the Cycling Centre and Belle Vue Leisure Centre. 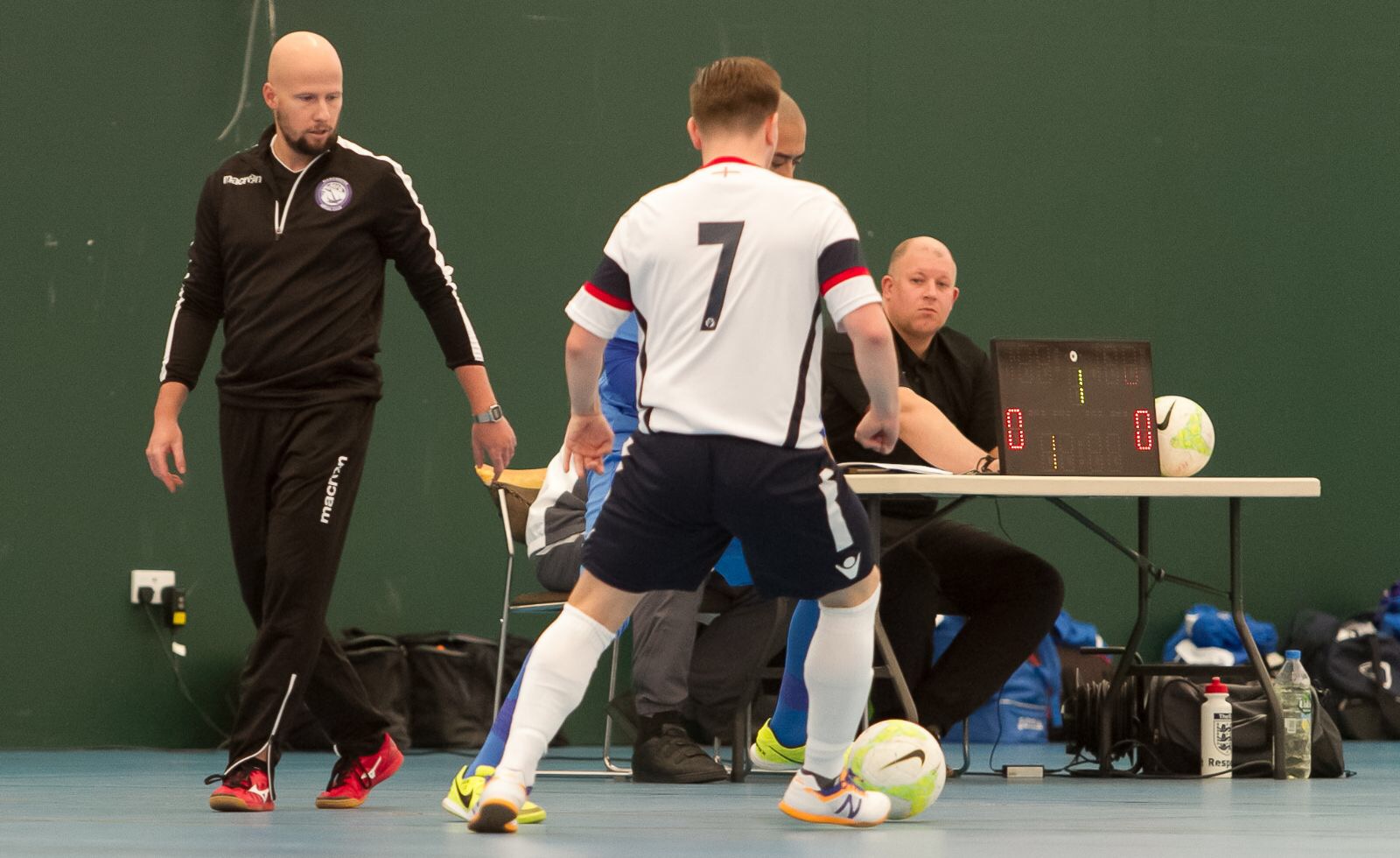 " I want and hope for a victory. We have to convert our home into a very difficult place to play for other teams.

"I hope that my players concentrate, play intensive and give 110%.  We are not still fit but we have enough players to play with high intensity during the match."

"All the players are aware that we are in a process of construction and the defeat against Helvecia has gone."

"For this [Loughborough] game we still won't have [Raducio] King because he arrived from India injured. He has a problem in his hamstring and he probably will be off around 10 days so will have to wait to see his first game this season."

"Doug [Reed] will miss out because he only has trained this week. Next week he will be with us and we hope he help us with all his experience."

"The training has been difficult because it has been very intense but nonetheless I am confident I can get my team up to win."

"In futsal, anything can happen. So, we will have to be patient, confident and motivated to get the first three points of the league."

Kick off is at 2:30pm today at the National Cycling Centre and tickets are still available via the Ticketline.