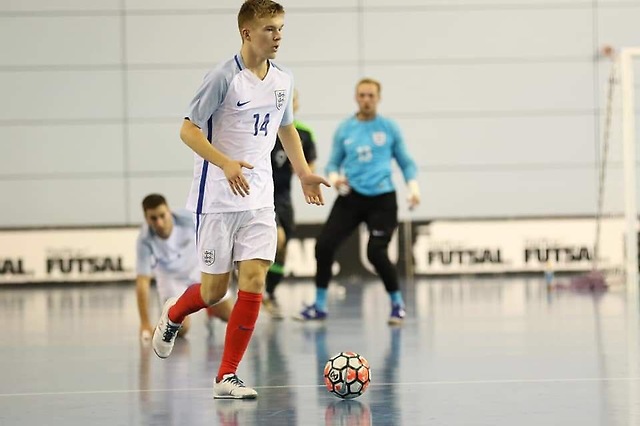 He could have progressed to become a successful 11-a-side player, but his attention switched to the small sided format when he arrived at Manchester Futsal Club.

After seeing the light and choosing the court over grass, Jordan is still a very young player with huge potential to grow in the game.  Edge has climbed through the ranks at Manchester Futsal Club from the Development Team setup, in his first full season his talent shone through which earned him a place in the first team and he hasn't looked back since.  His efforts have been noticed by England head coach Michael Skubala and he now has eight caps for his country and scoring two goals for the Three Lions.

Jordan is set to step out onto the court with the Three Lions upon his chest as he is one out of a long list of 19 players that will be representing England in the Four Nations tournament which kicks off in Edinburgh with a tricky tie against Wales later today. 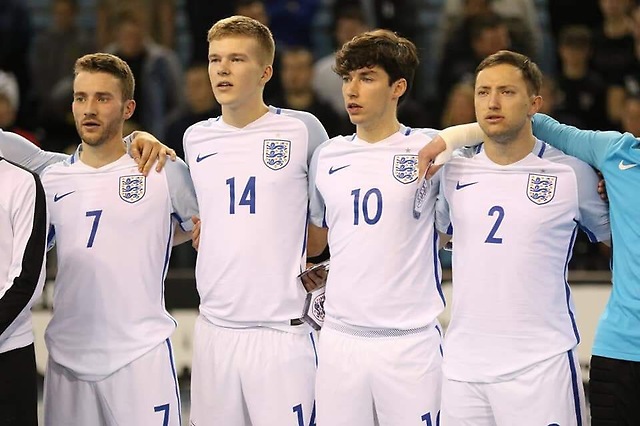 We had a chat to Jordan before he set off to Scotland and had a chat about why he chose futsal over football.

When did you start playing futsal who influenced you to keep playing once you started?

I first started playing Futsal when I was 15. I didn’t know much about the sport but my football coach at the time was Ian Bateman who also had a background in Futsal and decided to set up a game against Pete Sturgess’ team. I really enjoyed playing and adapted to it well and Pete asked me if I would like to carry on playing. So I was recommended with Manchester who were one of the closest clubs to where I live. So I went for a trial and went to the academy and it all started from there.
Why futsal over football?
In Futsal you don’t have as much time to think which is the exciting side to it. You have to think about where you’re playing before you have even received the ball. There is so much more time on the ball as well. You could go a good spell without seeing the ball at all in football but in Futsal you’re constantly involved due to it being 5-a-side. Even though the game is 20 minutes each way there is a lot more time than you think so there is a lot more time with the ball.
What has you story been so far?
My story of where I am now has happened all within about three to four years. I started off playing in the Manchester Academy team whilst I was 15 and I remember having to go down to watch Manchester vs Stockport first teams play because I wasn’t eligible to play as I wasn’t 16 yet. Then I started to get involved in the first team. I wasn’t getting many minutes in my first season but had some great experiences like scoring in the semi-final of the FA Cup against Genesis and playing Baku in the final. Then I got more game time making my first start for Manchester at 17 scoring in the first 2 minutes. Now I just continue to grow with Manchester and make as much of an impact as I can. Also getting my England call ups starting from when I was 18 and now with 8 caps and 3 goals I hope to make an impact internationally as well.
Jordan will be part of three matches in three days in the Four Nations tournament.  The Three Lions will take on Wales today at 4pm, Northern Ireland on Saturday at 2:30pm and finally the hosts Scotland on Sunday at 4:30pm.  Everyone at Manchester Futsal Club wishes Jordan, and fellow club player Doug Reed, all the best in the tournament this weekend.