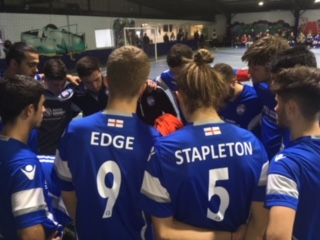 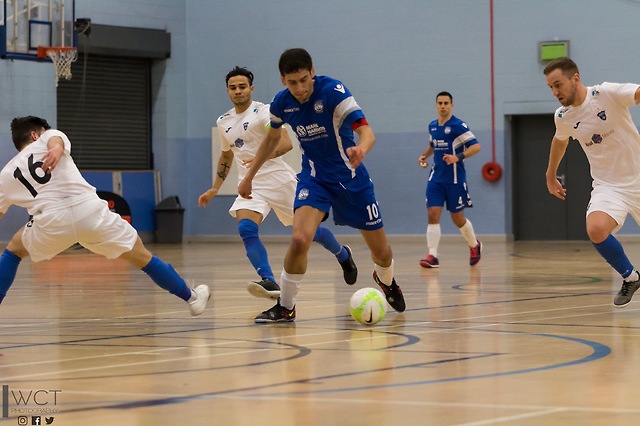 Futsal action returns to the National Cycling Centre this Sunday as Manchester Futsal take on Oxford City Lions Futsal Club in what is set to be a crunch match.

The Blues’ fortunes look to be on the up as they have managed to pick up four points in their last two games despite conceding with the last kick of the game last weekend against York to draw 2-2.

Giles Collier is serving a three-match suspension so will be unavailable for selection after his dismissal at Loughborough a fortnight ago, but Manchester will be looking to field a very strong side.

Manchester lie in 7th in the Super League table, one place below their opponents Oxford City Lions who sit just above them in 6th and have two games in hand due to earlier postponements during the campaign.

Oxford City Lions head into the head on the back of a 10-7 victory over Loughborough last weekend and will be looking to halt the Blues’ surge.

Head Coach Sergi Saldana returns to the Manchester touchline this weekend and wants to put the disappointment of that last-minute goal his team conceded last weekend, behind him.

“I will be back on Sunday.  York scored the goal in the last moment to draw the game which was a pity.  We want to recover from this with a victory and we need to uncover new sensations to see games out. My players can do this”.

Blues’ skipper Sam Richardson, who has played and started in every single Super League fixture for the Blues this season, spoke in depth to ManchesterFutsal.com about how the season has been and their experience last time out against Oxford City Lions which ended honours even at the Faringdon Leisure Centre last October.

“This season has felt very much like a reset for the team to change and improve and with that come all the teething issues. I'd say as a group we are still finding our feet and within that there are peaks and troughs, plus we still feel like we haven't quite got fully going yet. I do feel, regardless of results, the experiences we've had up to this point are bringing us together and we are becoming more of a team, which should ultimately show in future results.”

“I think we have something to prove on Sunday. We had a ridiculously early start in Oxford, and conceded goals early because we were quite literally sleeping. Once we got going, I think we finished the game disappointed we didn't take all 3 points and I'd hope all the players remember that going into the game. They are a team who sit amongst us in the table, so winning the game would look to reinforce that the results we've had up to this point have put us in a false position.”

“Oxford have historically been a very competitive team, and though I don't know their manager well personally, he is well respected across the league and I've no doubt they will be organised and methodical going off past encounters.”

Every game is a big game for Manchester from now until the end of the season and kick off for the last time this season at the National Cycling Centre is at 2:30pm on Sunday 18th February.  What better way to spend a Sunday then to watch futsal and to welcome back Sergi Saldana to the touchline. 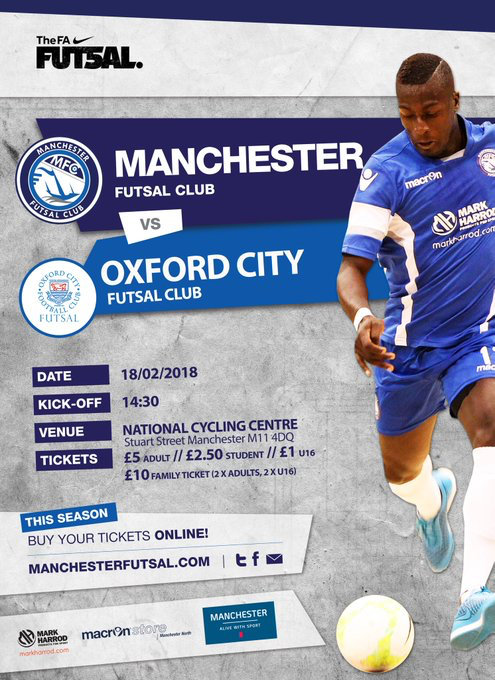