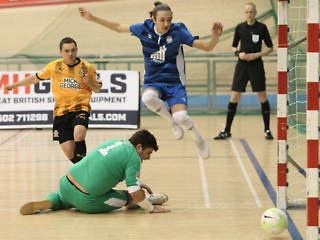 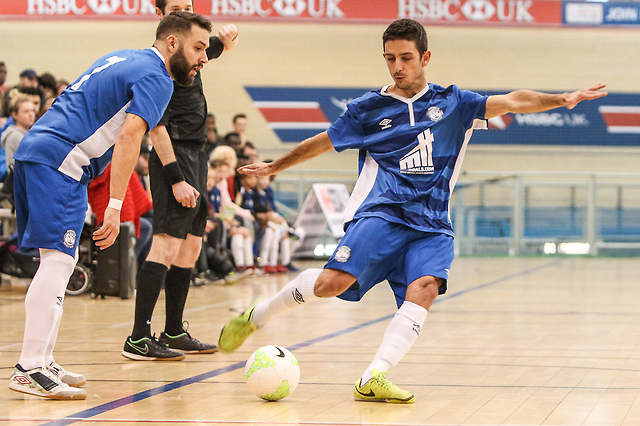 Manchester return to Super League action as they prepare to host Oxford City Lions at the Manchester Velodrome on Sunday.

The Blues will go into the game after securing a terrific 6-2 victory against a Birmingham side that caused them many problems last season, another hat-trick by Joaquin ‘Kimet’ Garcia helped Sergi Saldana’s on the way to three points as they moved up to fourth in the FA Futsal Super League table.

Goals also came from skipper Sam Richardson and Jordan Edge, who scored a sumptuous chip which has to be seen on our highlights package on Facebook to be believed.

Oxford City Lions haven’t played in the Super League for four weeks but did pick up an 8-5 win over Southend, with two hat-tricks respectively from Thomas Moore and Felipe Barcelos to get the win.

Both Moore and Barcelos will be players to look out for, Eduardo Tijerin also has 19 goals in 16 games this season. A win for the away side would take them into fourth place with a game in hand.

Head Coach Sergi Saldana spoke to Manchesterfutsal.com and expects to field a similar team that played against Birmingham last weekend.

“We don't have players returning, still plenty of players with injuries and this week it's being difficult to train with enough players because Easter is coming, and other players are away as well.

“For this game we expect the same, young players helping us and trying to give our best to see if we can get another 3 points.

Saldana also said how he is taking one game at a time and not concentrating on Manchester’s current position in the league and believes that his side wouldn’t be where they are without his young players.

“As always, I'm not looking at the table and I just want to play and focus one game at time. We are having plenty of problems this season and we have been lucky that we have a strong development team with players helping us, if not, it would have been impossible to finish the season competing as we are trying to.”

Manchester will face Oxford City Lions at the National Cycling Centre on Sunday, with kick-off set for 2:30pm. Tickets can be purchased online here.