The Chairman - End of year review

Wow. What a year it has been for Manchester and futsal in the city.

With so much happening on and off the court, it has been difficult to catch a breath. Now is a good time to reflect on what an unforgettable year it has been for the Blues.

From youth level to the first team, both men's and women's teams, there has been lots to celebrate. The men managed to secure 4th in the National Futsal League, while the women's team secured an unprecedented league and cup double at St George's Park.

Head coach Sergi Saldana has taken charge of both men's and women's teams this season, leading training sessions and taking charges of matches in what is his third season at the club.

We sat down with the club's chairman Simon Wright as he attempted to dissect the calendar year - piece by piece - to draw a bigger picture as to what happened to Manchester during the past 12 months.

Here is what he had to say. 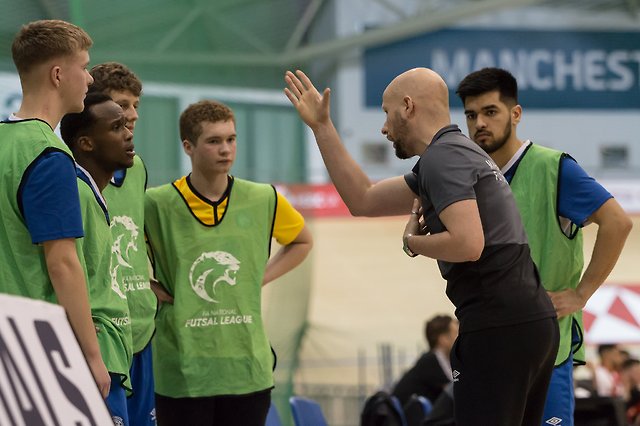 It's been yet another roller-coaster ride for Manchester in 2019 - sum up in your own words how you feel the past 12 months have gone.

When you look back at 2019 and strategically assess results, performances and achievements across the Seniors, Development Team and Women's team I feel we can be fully satisfied with the club's progress as a collective - we have tried to equip and deliver success with three teams which isn't easy with the resources and time we have - each squad has their own challenge given their different stages of development, but this is why you develop a club ethos, you want to improve as a whole, not just one team.

The Seniors finished 4th in the FA National Futsal Super League 18/19 season and dropped points to the teams above them at crucial stages in the season which meant we didn't quite reach the level or have the quality to challenge the top 3 clubs - those inconsistencies cost us overall so at times those frustrations held this group back.

The Development Team continued to make positive strides forward game by game - with such a young group of players finding their feet mixed with a few seasons' experience they were worthy runners-up in Division 2 North for the 18/19 season. They developed a great bond throughout the group and supported each other whilst still learning to get to grips with competitive futsal and tactical game plans. Their growth has been something positive to observe.

Then we come to the Women's Team, I guess you have to call this the perfect year! Sergi took on the Head Coach role at the start of the 18/19 season so changes and new challenges for the players were inevitable - their start to the season reflected this as they tried to find their feet. A change in mentality, a new dynamic in the group, growing belief, but ultimately the players were being educated - they had to trust the process. And boy was there a transformation, this squad arrived into the national play-offs through finishing second in the league. At the end of April, they progressed past Peterborough United to face Helvecia in the May Grand Final who they blew away to become the Champions of England.  3 days later, having beaten Helvecia again in the semi-final they lifted the FA Futsal Cup after defeating London United. It was an achievement of epic proportions - almost surreal! 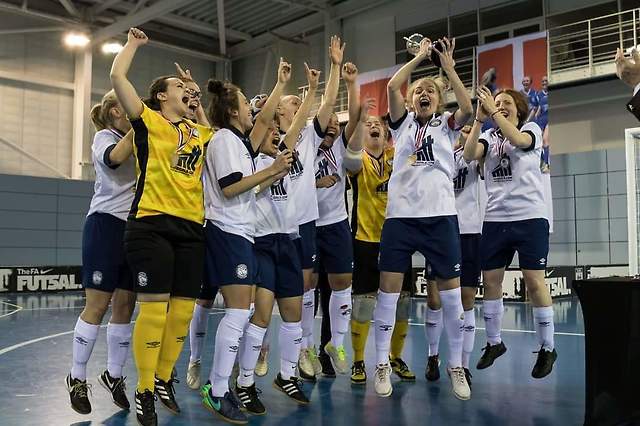 The Women's Team have become incredibly competitive over the last year and take with them some fantastic memories, how proud of you of their achievements?

I'm immensely proud of the Women's Team's achievements in the 18/19 season but also how they have carried this momentum forward into the new FA National Futsal Series competition. They've taken a huge collective stride forwards - the challenges we had in the early years of forming the Women's Club all seems so far behind us now. There was so much joy and emotion shared over those few days at St Georges Park - a brilliant chapter in the club's history was written. As English Champions they've set the standard for other clubs to reach in 2020, they know they face a new challenge to do it all again but they have quality and belief in the squad - not to mention a coach who can get the best out of them. It's all set to be a captivating year ahead.

The Senior team started slowly to life in the FA National Futsal Series but have finished the year on a high and look like pushing on on 2020. Can they aim higher?

The new 19/20 season was always going to look and feel a bit different given the changes to the format of the competition, but we also had several changes in the group of players. Despite this the margins of those early defeats were minimal - we knew the results would improve. We have a bit to make up now, but I fully believe we will close the gap to the front runners. With a young dynamic squad we need to push ourselves forwards - I'm excited that we're giving Senior Team opportunities to the likes of Harry Tozer, Scott Thompson, Raphe Barber and Jake Barnes - they're grabbing their opportunities and learning from Sergi and Kevin all the time as well as linking well with the likes of Victor Delgado and Uriel Araujo. There is a fantastic connection between the National Futsal League group and the NFS group now - we have competition for places and players have to show they want to progress their development further. 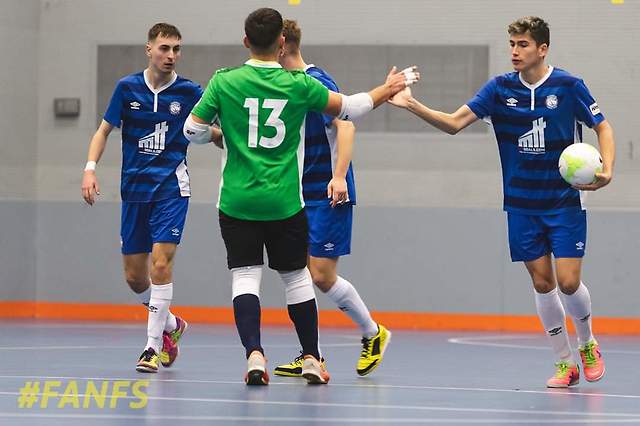 With half the season almost played, what are your views on the new league systems and with match days all taking place under one roof? How has this impacted the sport?

The new format has its positives and negatives, but the time was right for making a change - the league was stagnating, previous promises of improvement were not being delivered. I think the FA NFS central venue format does help some clubs more than others - for the men's competition we're negatively impacted financially and from a fan engagement perspective by not staging as many games in Manchester in front of our fans. That's causing a disconnection so I hope the FA will review this going forward as they build their commercial model to drive the league's development. On the Women's League, it is clear they're really in need of more club's in the North to improve the competition level and make it more attractive for new audiences.

Central venues have helped to standardise the delivery and look and feel of the league - the upside being on the whole better courts and venues being utilised and richer content for social media being generated. We'll need to have further dialogue and debate with the League Management Committee if we want to have a full review that would bring these discussion points to the table. I'm interested to hear what other clubs think at this stage as the clubs should be defining how plans are shaped for the 20/21 season.

Off the court, the club continues to build good relationships with local stakeholders and attracting more young players into the sport. If you had a futsal New Year's resolution, what would that be?

Relationship development is key for the club's sustainability and we're making some positive strides to improve our operational resources and capability which goes hand in hand with on the court progress.

The club never sleeps and 2019 has seen positive growth and development across the youth programme and the academy teams that we support and deliver. We are now providing more opportunities for boys and girls to engage with the club through having a coaching workforce who are all very passionate and dedicated to helping young players progress further in the club. We're building a network of Satellite Clubs and want to drive a progressive girl's futsal programme that connects up to the Women's Team. Youth development will always feature high on our priority list, as will having a presence and focal point for schools and the local grassroots Greater Manchester community.

A New Year's futsal resolution? I'm not sure that I have one - I just want to ensure we continue to work smartly across the club so that we push for even more success in 2020. It goes without saying that there is a significant amount of hard work from some very special coaches, media and event staff that give a huge amount to support Manchester Futsal Club - I want to thank them all for their commitment and wish them a fantastic 2020! Alongside the players, we're ready to go again! 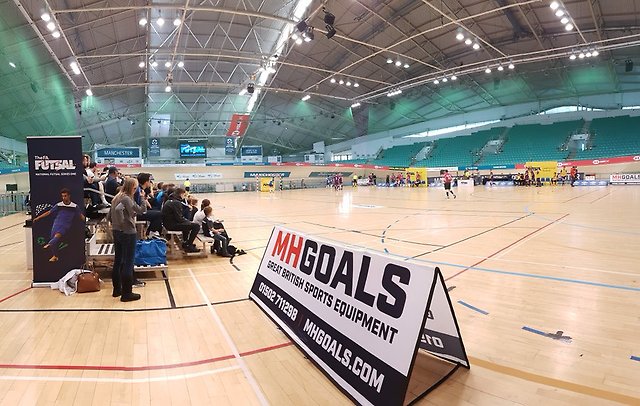